This certificate is issued each year to the amateur who activates the most number of VKFF references during the year (based on qualifying the park for VKFF with 10 contacts).

The VKFF Top Activator certificate, which features a Wedge Tailed Eagle (photograph by VK5PAS), was first issued in 2013, the year the WWFF program commenced in Australia.

The graph below shows a steady increase in the number of parks activated by the Top VKFF Activator each year. 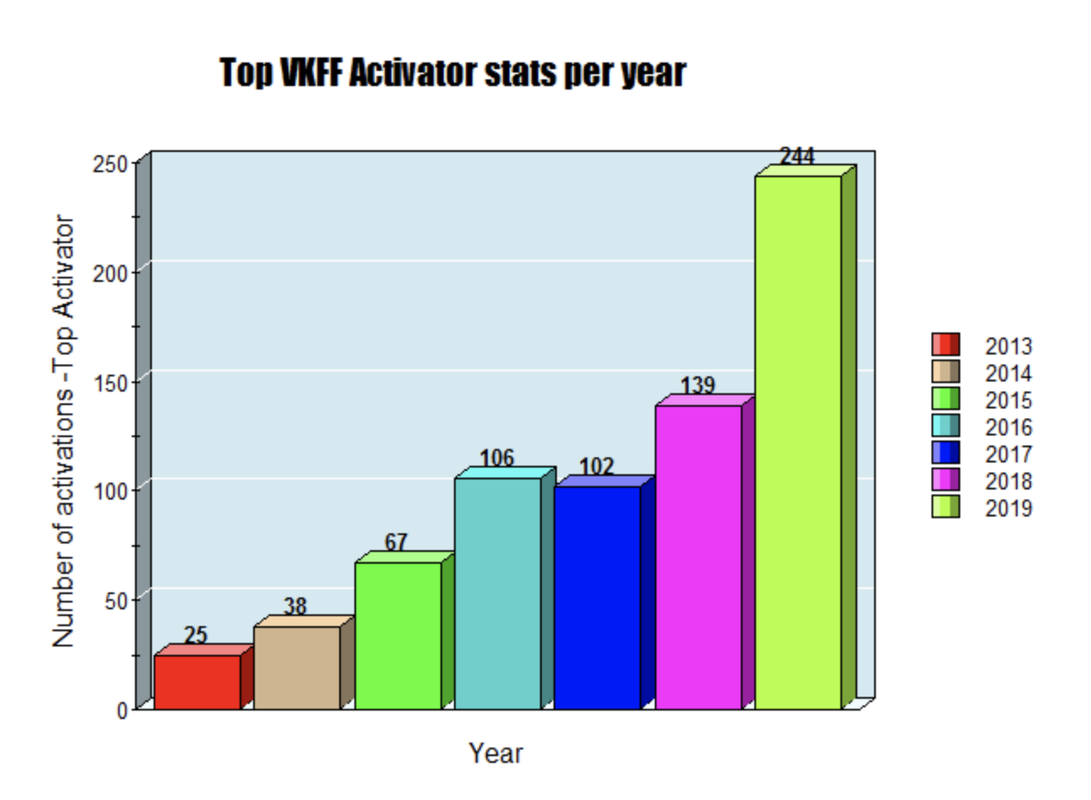