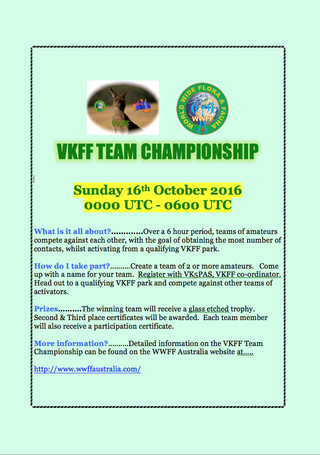 On Sunday 16th October 2016, the inaugural VKFF Team Championship took place.  The aim was to promote the World Wide Flora Fauna (WWFF) program.  Teams of between 2-4 amateurs were formed, and they activated between 0000 UTC – 0600 UTC from a WWFF reference area, with a view of logging the most number of park hunters. 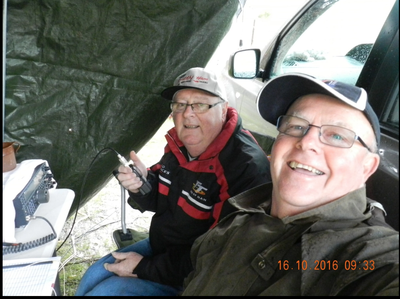 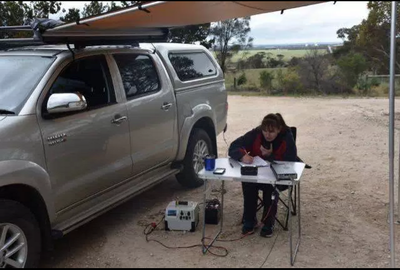 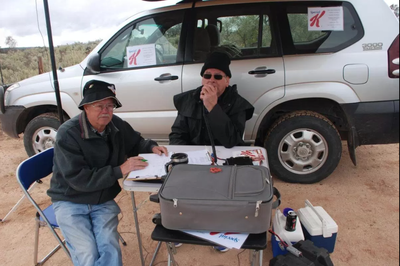 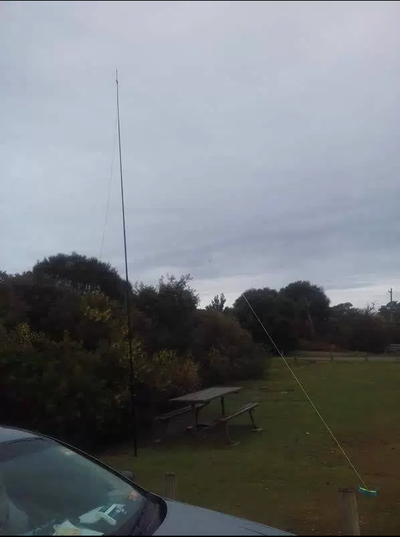 A breakdown of contacts for each team is as follows…..

The winner of this section was ‘Team Kookaburra’ , Tony VK3XV & Mick VK3PMG, with a total of 150 contacts.  They each received a glass etched trophy and a winners certificate.
​
This section was sponsored by a VK3 who wishes to remain anonymous who donated $100.00. 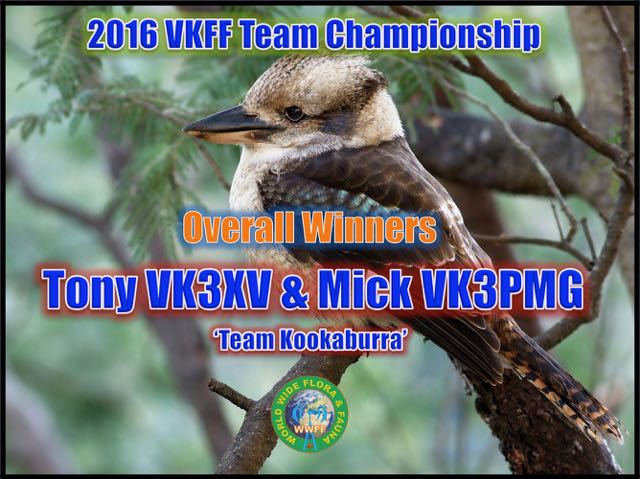 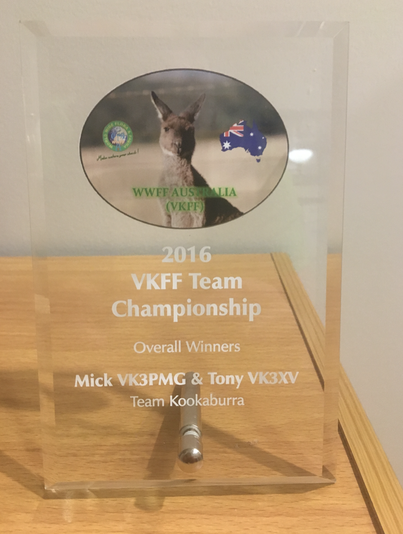 The winner of this section was Team ‘The Walkie Talkies’ Paul VK5PAS & Marija VK5FMAZ with a total of 138 contacts.  They each received a glass etched trophy and winners certificate.

This section wass sponsored by a VK5 who wish to remain anonymous who donated $100.00. 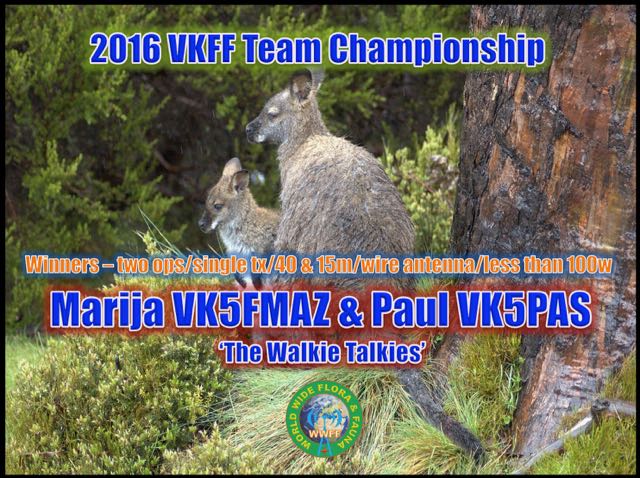 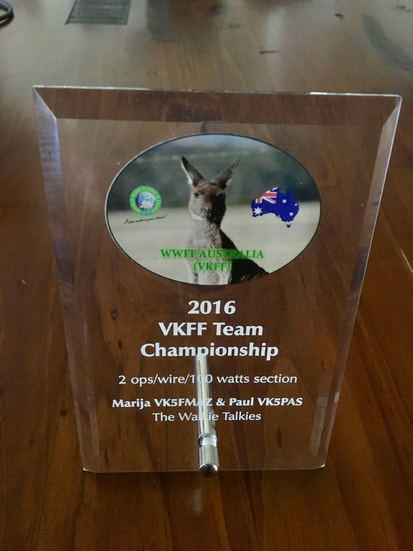 The winner of this section was the ‘Team Special K’s’, Les VK5KLV and Peter VK5KPR.  They received a 25 pound store credit from SOTABeams and a certificate each. 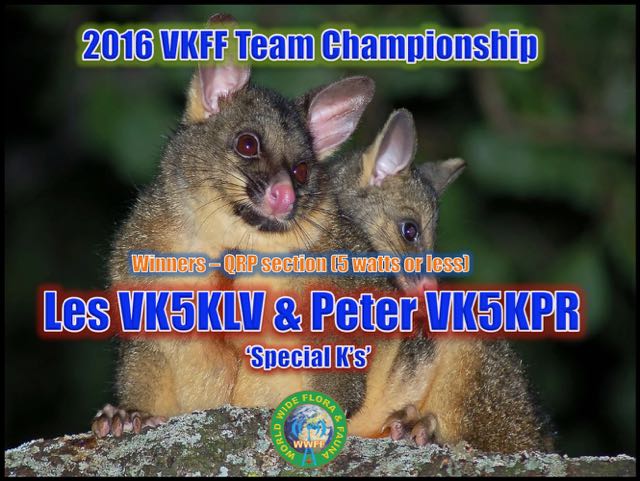 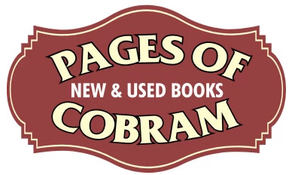 This was shared by Team Kookaburra and The Walkie Talkies, both of whom made a total of 24 Park to Park contacts.  They shared a $50.00 voucher from Pages of Cobram.

​Many thanks to Peter VK3FPSR of Pages of Cobram. 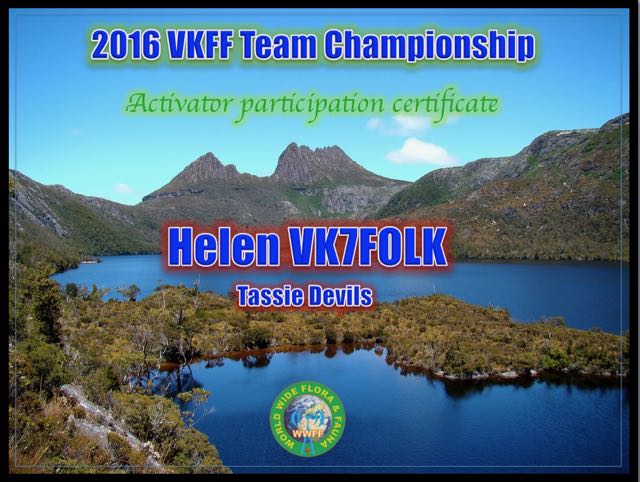 Comments from the event

"Although John (VK4VHY) was present, conditions were so miserable we really bombed out.  The contacts were mine except for 1 only and we used VK4ZI only." (Gary VK1ZZ)

"The teams was good but really hard going for us with Band conditions." (Tony VK3XV)