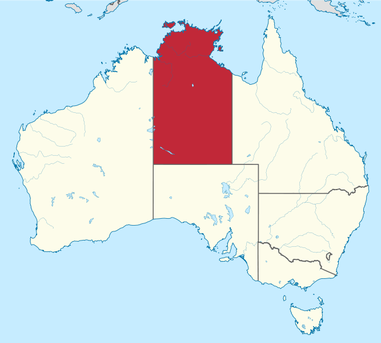 Northern Territory (abbreviated as NT) is a federal territory in the centre and central northern region of Australia.  It shares borders with Western Australia to the west, South Australia to the south, and Queensland to the east.

To the north, the territory is bordered by the Timor Sea, the Arafua Sea and the Gulf of Carpentaria.  Despite its large area—over 1,349,129 square kilometres (520,902 sq mi), making it the third largest Australian federal division—it is sparsely populated.  With a population of 233,300 it is the least populous of Australia's eight major states and territories.

The capital city is Darwin.  The population is not concentrated in coastal regions but rather along the Stuart Highway.  The other major settlements are (in order of size) are Alice Springs, Katherine, Nhulunbuy, and Tennant Creek.

Residents of the Northern Territory are often known simply as 'Territorians', or more informally as 'Top Enders' and 'Centralians'. 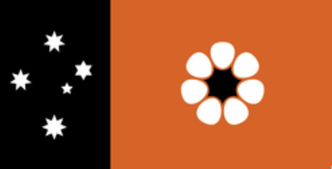 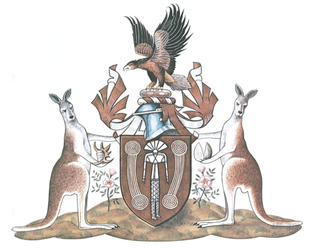 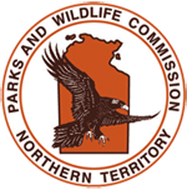 More information can be found at the website of Parks and Wildlife Commission NT.
TYPES OF PARKS IN THE NORTHERN TERRITORY. 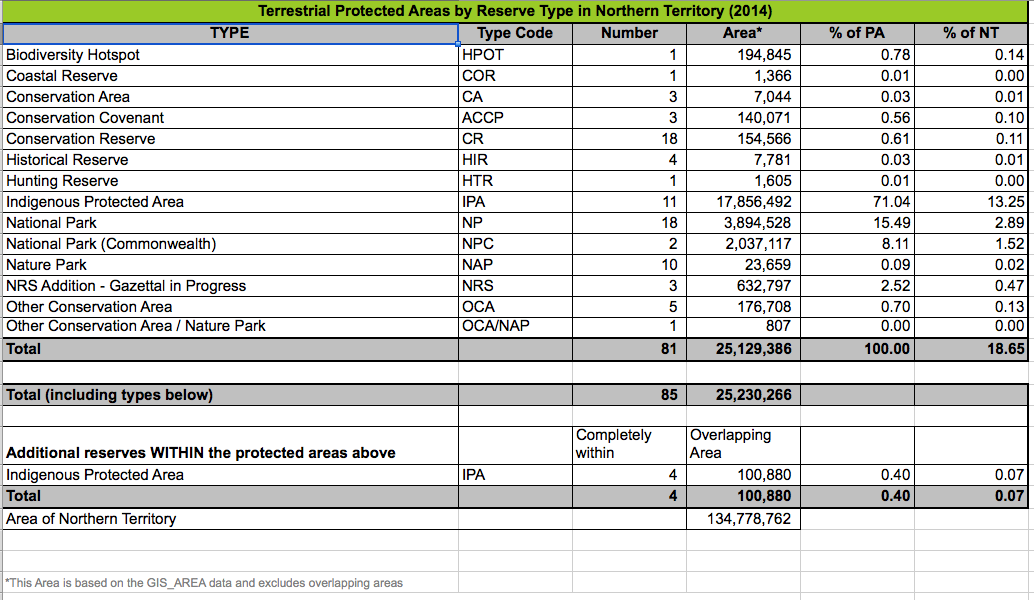 QUALIFYING PARKS IN THE NORTHERN TERRITORY.
Northern Territory has 18 National Parks (two of those are under the control of the Federal Government).

In total, there are 62 qualifying parks in the Northern Territory. 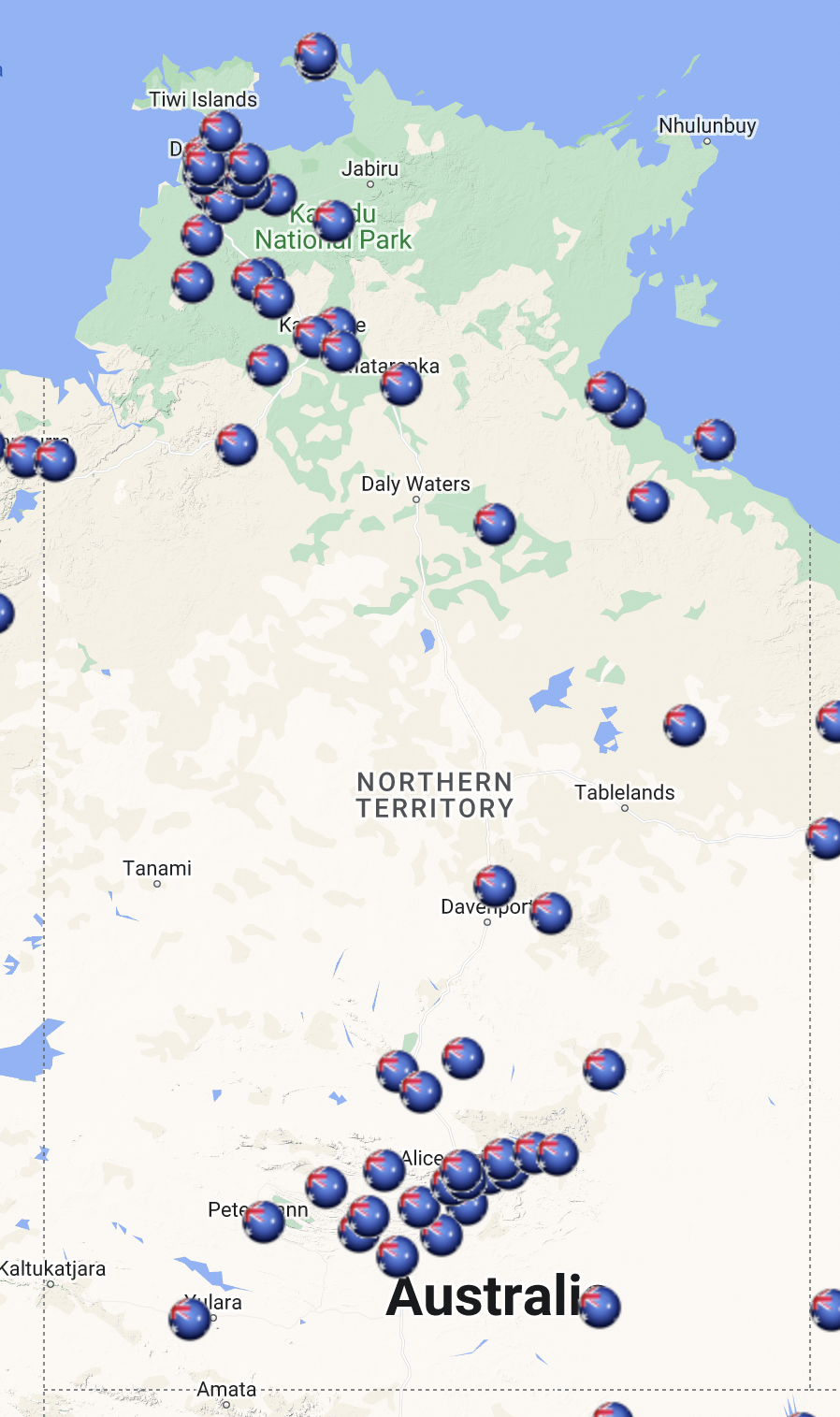 Seven (7) new parks were added to the WWFF Directory.

They being:-
KMZ FILE SHOWING THE PARK BOUNDARIES.

Download File
NORTHERN TERRITORY PARKS & RESERVES LIST.
The Parks and Wildlife Commission of the Northern Territory maintain a database of all areas (terrestrial and marine) managed by the Commission. The database contains information on individual land parcels and includes area under management, declaration details, management arrangements and other information relevant to the parcel. A summary of the information can be viewed by opening the document below....