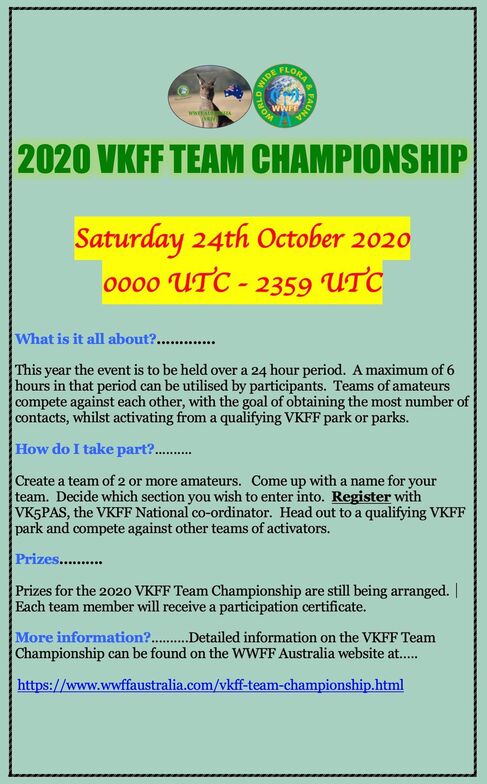 SUMMARY OF THE DAY.
The 2020 VKFF Team Championship took place on Saturday 24th October 2020.  This was the fifth year that the event had been held.  The aim was to promote the World Wide Flora Fauna (WWFF) program in Australia.

A decision was made by the VKFF Team in September 2020 for this event to go ahead despite the COVID-19 pandemic.  It was incredibly pleasing to see two Victorian (VK3) teams take part in this year's event, after such a terrible year in that State.  Well done Peter, Ash, Tony, and Bryan.

Reports from most who took part were that band conditions were quite poor with loud static crashes.  The weather was also unkind to many participants.

In 2020 a total of 11 teams registered to take part.  Sadly, 'The Radio Leafs' consisting of Liz VK2XSE and Peter VK2KNV were a late withdrawal. 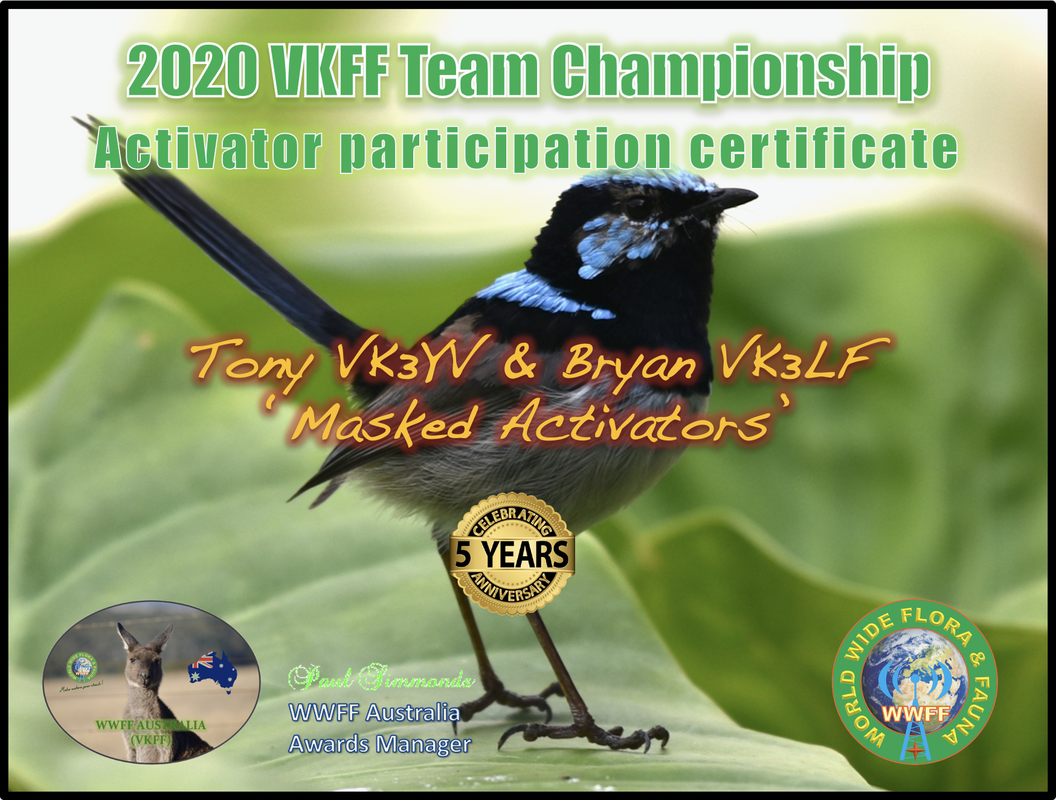 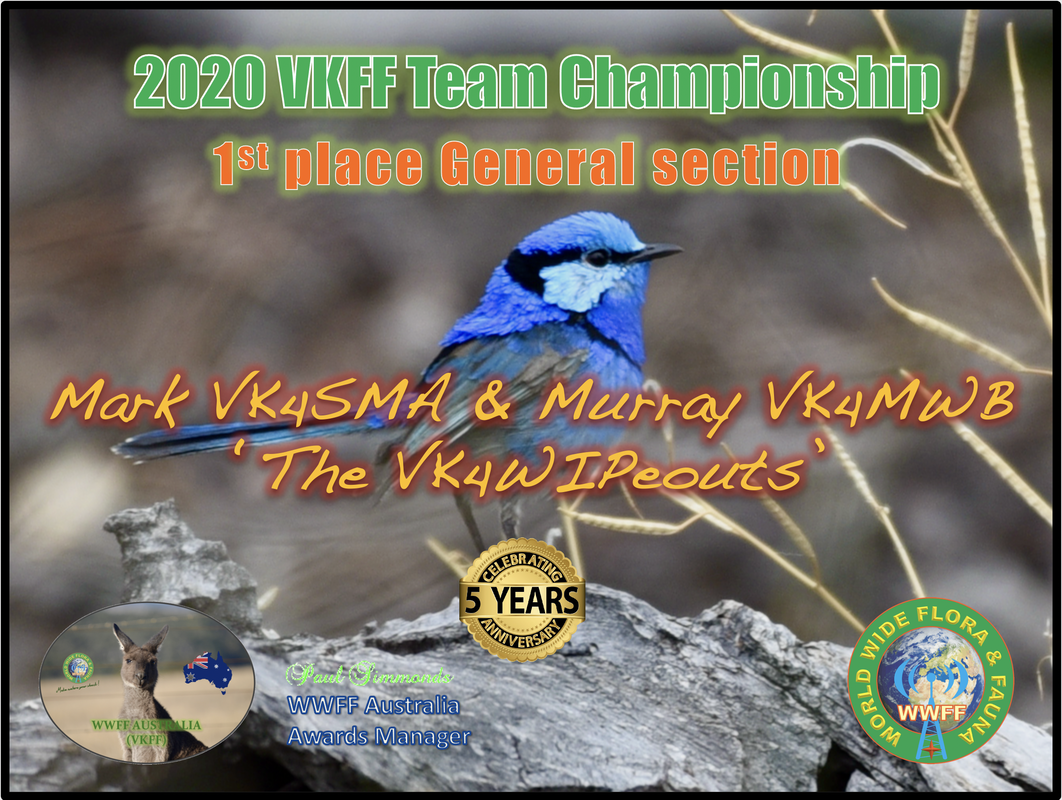 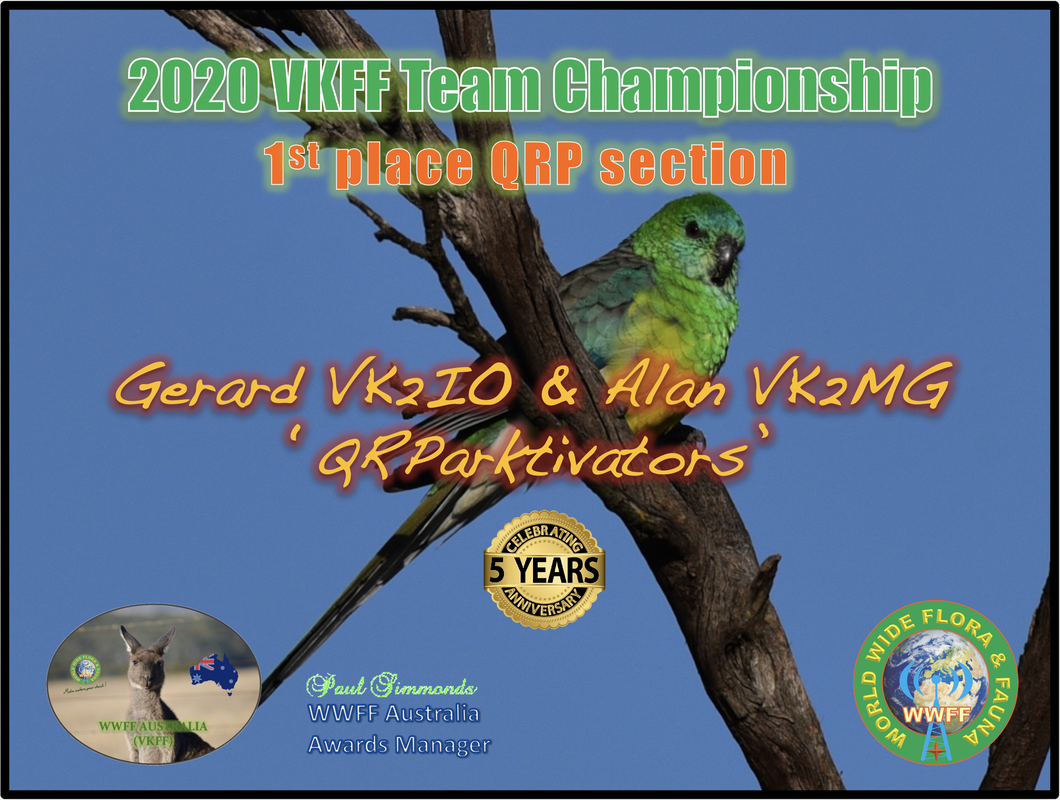 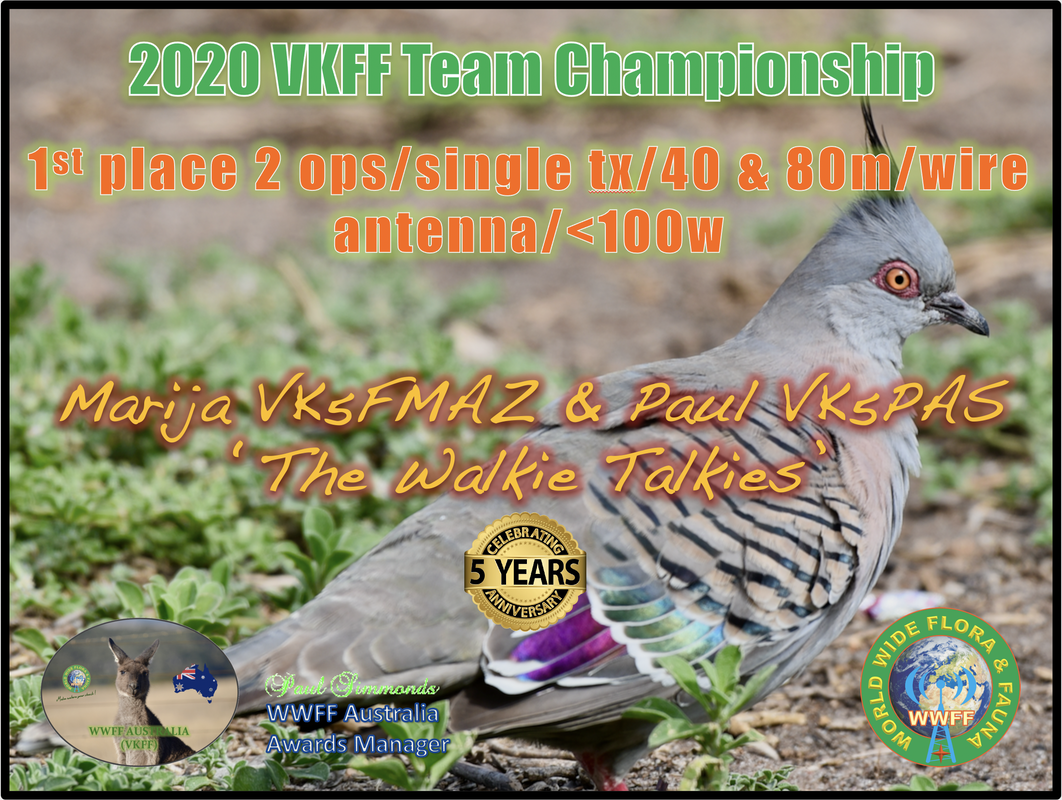 COMMENTS FROM ACTIVATORS.
"Thanks for organising the event.  Despite the rain and freezing temperature, I had a great time competing and will definitely be back next year." - Bryan VK3LF.

"We operated two stations about 300m apart.  Alan was at Tea Tree Picnic Area and I was at the Birdie Beach carpark.  It rained most of the day and climaxed with a thunderstorm during closedown.  Strong QRN prevented usage of 80m until the late afternoon. - Gerard VK2IO.
"Thanks for organizing the teams championship. We had a good activation, and the team thing encouraged us to go out." - Linda VK7QP
"The Kingsmen, Phil (VK6ADF) and I had a very enjoyable afternoon for the 2020 teams event. This year we were at one of Perth's most iconic locations, Kings Park (VKFF-2980) close to the city centre. While we didn't log a great number of contacts, conditions in the west were far better than they had been for the past couple of years. Additionally the wx was quite hot.  A visit by Kurt (VK6KCF) further livened up the afternoon as we chatted all things radio." - Hans VK6XN
"The day started well with me arriving, going to set up and finding that I left the bag that had my antenna in it where "I wouldn't forget it" in the hallway at home.  ... and the entirely predictable finish at 18:54 (+11), with te heavens opening as I was about to step out from shelter to pack up the antenna.
A quieter but still fun day." - Alan VK2MG
"Ash VK3FASH and I had a challenging day activating Sassafras Creek VKFF-2187 for the VKFF Teams Championship.  Our stations were an FT817 with linked dipole strung in a tree and an FT450D with a droopy ground plane on a squid pole.  We faced challenges from the inclement weather, 25 km travel, social distancing and mandatory face mask restrictions, mutual interference between 40m and 20m and average band conditions.  Between us we scraped together 26 QSOs but enjoyed the couple of hours out of our homes anyway. It was also the first time we had met face to face in more than 3 months.  Thank you to those who answered our calls and the patience with Ash who hadn't been on air since May last year.  Now looking forward to the VKFF Activation Weekend 28 & 29 November 2020." - Peter VK3ZPF
"Band conditions this year were challenging.  In VK5 we experienced lots of QSB on signals during the morning.  Then in the afternoon we had strength 9 static crashes.  Netherless we had a great day out"  - Paul VK5PAS.
PHOTOGRAPHS.
QRParktivators 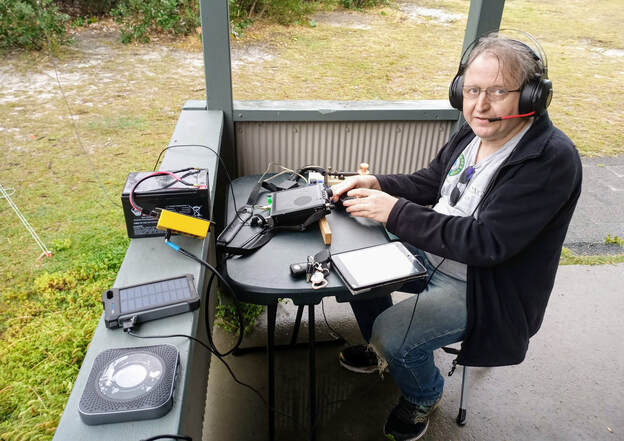 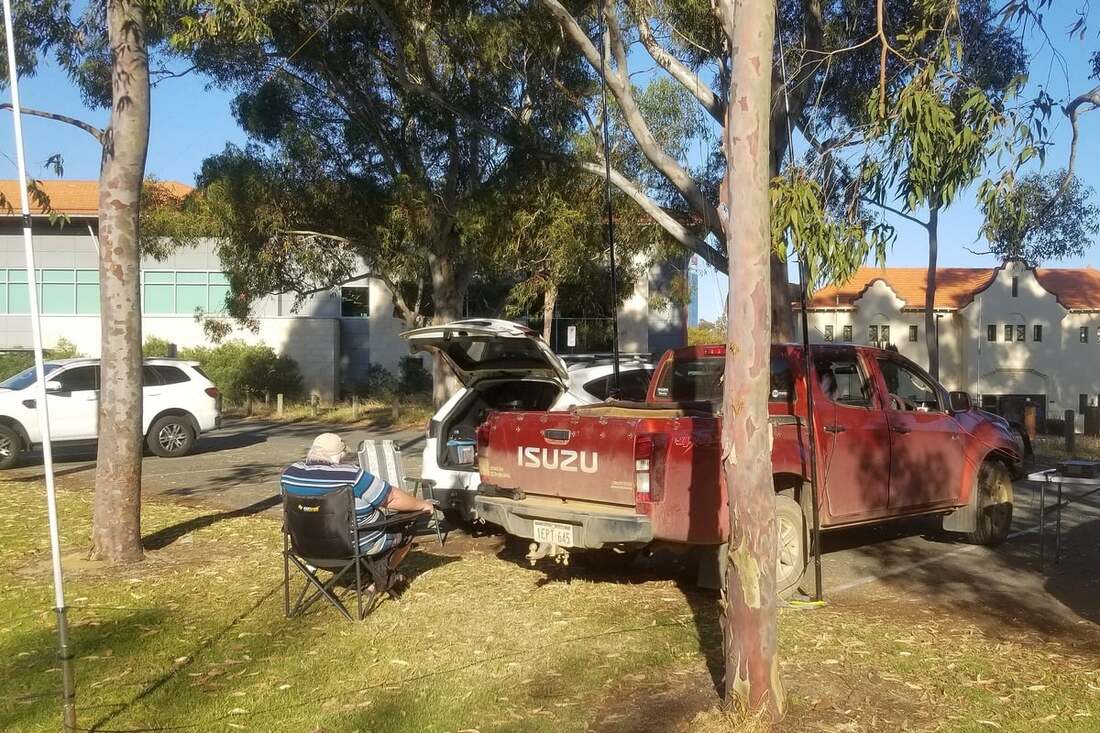 The VK4midables.
Father and Son.
The Walkie Talkies