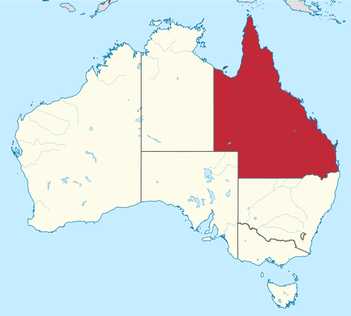 Queensland,  abbreviated as Qld, is the second largest and third most populous state in Australia.   Situated in the northeast of the country, it is bordered by the Northern Territory, South Australia and New South Wales to the west, southwest and south respectively. To the east, Queensland is bordered by the Coral Sea and Pacific Ocean.


Queensland has a population of 4,580,700, concentrated along the coast and particularly in the state's South East.  The state is the world's sixth largest subnational entity, with an area of 1,852,642 km2. 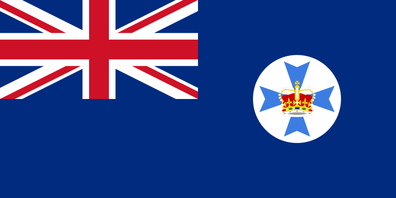 DEPARTMENT OF NATIONAL PARKS, SPORTS, AND RACING.
The Queensland Department of National Parks, Sport and Racing (QNPSR) key priorities are to:
The Queensland Parks and Wildlife Service (QPWS), established in December 1998, is a subsection of the Department, and its primary concern is with the development and maintenance of protected areas within Queensland so as to permit permanent preservation of the area's natural condition.
​ 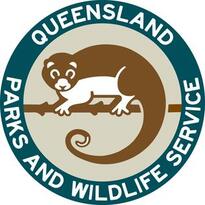 ​Herbie, a symbol of QPWS since 1976, is widely recognised in the Queensland community and internationally and is now intrinsically linked to Queensland’s world-class experiences. Herbie is a Herbert River ringtail possum Pseudochirus herbertensis which is unique to Queensland. These possums live in the tropical upland forests between the Herbert River Gorge and Cooktown in far north Queensland.  Their habitat is restricted and they are rarely seen as they move around the highest branches of the forest at night.  The Herbert River ringtail possum depends on careful management of the environment for its survival, and is a symbol of our responsibility to protect our natural heritage.
Queensland is home to over 1,000 National Parks, forests and other protected areas, including five World Heritage Areas - more than any other State.  The QPWS manages over 12.5 million hectares of land which is an area larger than 50% of the world's countries.

​Parks and forests managed by the QPWS include:
More detailed information can be found on their website at......

TYPES OF PARKS IN QUEENSLAND.
​The Nature Conservation (Protected Areas) Regulation 1994 lists all Queensland parks and nature refuges as at 24th June 2016.

There are a total of 306 National Parks in Queensland, which includes 22 Cape York Peninsula Aboriginal Land (CYPAL) National Parks.

The National Park (Recovery) category was deleted on 24th March 2014 and has not been reinstated.

DIFFERENT TYPES OF NATIONAL PARKS IN QUEENSLAND.
Queensland has undergone substantial change in recent years with regards to park categories.  The Nature Conservation (Protected Areas) Regulation 1994 (most recent version is 24th June 2016 and can be downloaded below) lists all of the current Queensland parks and refuge areas.  The 2016 Subordinate Legislation No. 104 Nature Conservation and Other Legislation Amendment Regulation (No. 2) 2016  (can be downloaded below) lists the changes made on the 1st July 2016, when Queensland Regiona Parks were abolished and returned to the tenures of Conservation Park or Resources Reserve.  The nine National Parks (Scientific) were also reinstated at this time.

The National Park (Recovery) category was deleted on 24th March 2014 and has not been reinstated.  This former category applied to those locations that had been declared protected areas but whose cultural and natural resources and values were considered not to be up to full national park standard at the current time of declaration.  They were usually areas that had been subject to a previous use such as forestry or some form of agriculture.  They were managed to restore to the greatest possible extent to the parks natural condition and protect and restore the conservation values so that they could be dedicated as a national park.    Any use of the park was to be nature based or consistent with an approved regeneration plan.  They could be contiguous with an existing national park or a separate area.
It should be noted that the Queensland National Parks website does not list all of Queensland's Parks that are in the Estate Register.  Some parks are accessible to the public, and some are considered scientific or heritage and are not accessible to the general public.

QUALFYING PARKS IN QUEENSLAND.
There are currently 531 qualifying parks in Queensland for the WWFF program.

​Queensland has a total of 307 National Parks, and 223 Conservation Parks, all of which qualify for the WWFF program. 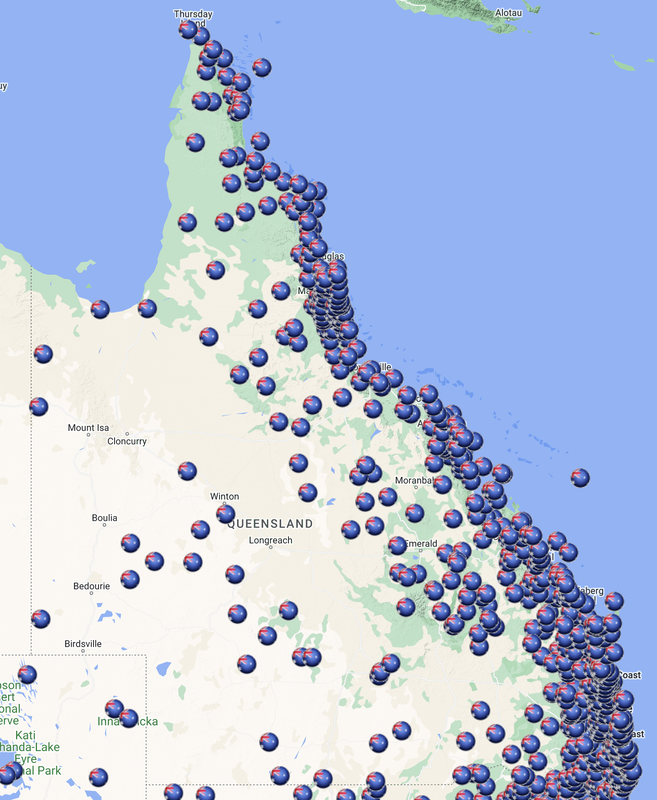 A total of 223 Conservation Parks were added to the WWFF Directory.

37 Queensland parks were added to the WWFF Directory.  They being:

These parks had not previously been included as they had all been created after 2008 (the year in which the Directory was initially formulated).

Download File
NATURE CONSERVATION AND OTHER LEGISLATION AMMENDMENT REGULATION (NO. 2) 2016

Download File
KMZ FILE.
You can use the kmz file below to show you the VK4 park boundaries in Google Earth or My Google maps.

Thank you to Marc VK3OHM for his work on VKFF mapping.