The year 2020 marked the 20th Anniversary of the Greater Blue Mountains region being granted World Heritage status by the United Nations.

This special award was issued to any VKFF Activator who during November/December 2020 activated a qualifying park in the Greater Blue Mountains Area, or any VKFF Hunter who worked an activator in one of the qualifying parks.

The qualifying parks are as follows......


The award is NOT implemented in Logsearch.  It is available by sending an email to Paul VK5PAS, the VKFF National Co-Ordinator.

The Activator award features a photograph of the Three Sisters in the Blue Mountains. 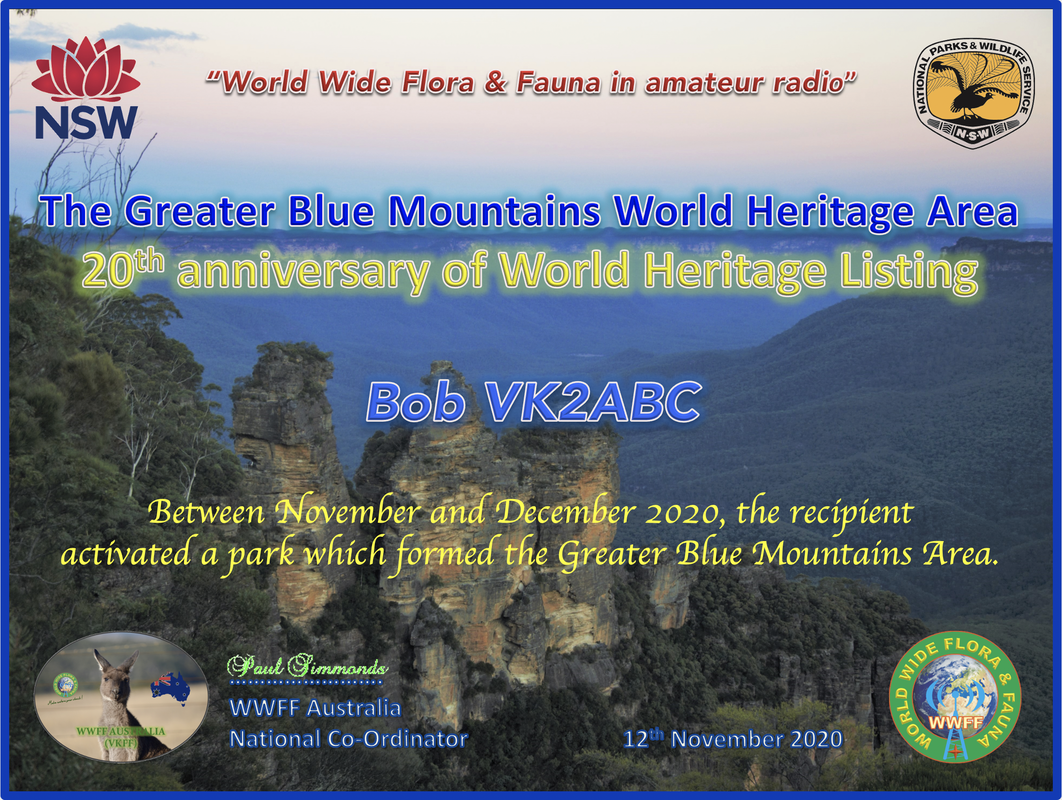 The Hunter award features a photograph of the Nattai River. 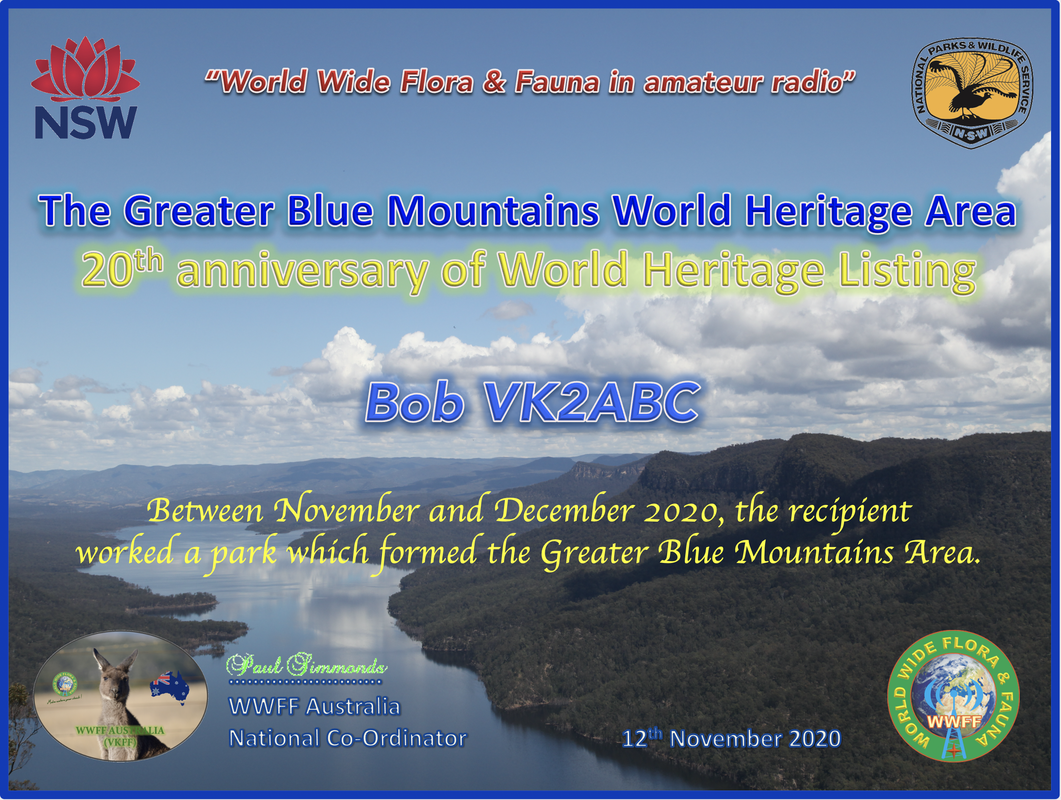